Nasty Will Get You Nowhere 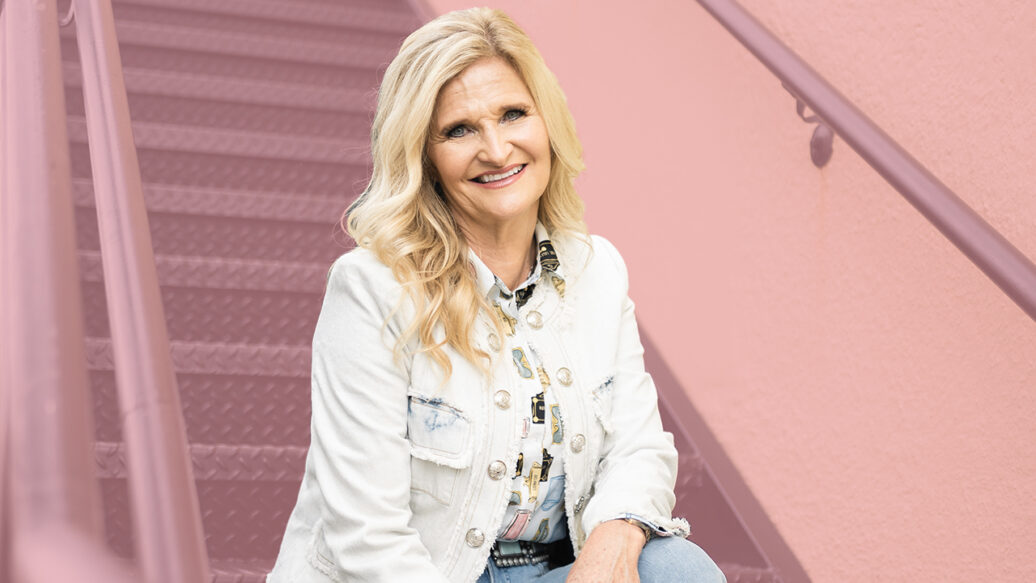 What Should You Do Instead? by Drenda Keesee

There I was getting my nails done when I remembered…

I had left a pan of boiling vinegar on the stove! Almost two hours before!

Would the fire department be at our house for the second time in the same week?!

You’ll want to read this whole crazy story in my new book, Nasty Gets Us Nowhere, but I want to share it with you here because it really shows something we all have likely done at some point, and maybe are still doing…

…something critically important that we need to talk about, especially right now with the direction our culture has been going.

What does that have to do with me in the nail salon and a fire at my house? Let me give you the backstory.

Earlier in the week, I was ministering in Puerto Rico for an outreach event for children sponsored by our Happy Life ministry, helping restore hope to a community that had been ravaged by hurricanes, when I got a call from our home security company.

“Mrs. Keesee, a fire has been detected in your home.”

I knew Gary was supposed to be home, but the home security company hadn’t been able to reach him. I told them that he might be deer hunting and told them to go ahead and dispatch the fire department. I was concerned and I prayed, but knew there was nothing else I could do from that far away. So I turned my focus back to the children’s event.

Later, Gary texted me that everything was okay. He told me he had just started to cook his breakfast and left it to simmer while he stepped outside to hang up his deer. What he didn’t realize was that the simmer setting was hot enough to burn his food, let alone start a fire.

A few days later, Gary picked me up from the airport, and we had breakfast and did some much overdue Christmas shopping. When we arrived home that evening, I knew right away that something was terribly wrong.

If you’ve ever burned a bag of popcorn in the microwave, you know what our house smelled like.

Well, this smoke stench was way worse than burned popcorn, and it was in every room of our house.

I couldn’t hide that I was annoyed. It was a week before Christmas, and the house smelled terrible.

“I can’t believe you almost caught our house on fire! I better not leave you home alone again,” I teased Gary.

I knew he was already embarrassed, but he could’ve burned the house down a week before Christmas! For some reason, I thought I needed to remind him of the lesson he had already learned. Ugh.

The rest of the evening, I searched for ways to get the smell out of our house. Several websites suggested boiling white vinegar with water, so that’s what I did. The following morning, I did it again, but it wasn’t helping. Our house still reeked with that awful, smoky smell.

Later that morning while I was getting my nails done, my nail technician asked if anything exciting had happened that week. I began to tell her about the kids’ event in Puerto Rico and then Gary’s pan fire. (I don’t make it a practice to share my husband’s mistakes, but with the smell still stuck up my nose, the fire was still very much on my mind.)

That’s the moment I remembered I had left a pan of boiling vinegar on the stove! Almost two hours before!

You’ll have to read the rest of the story in Nasty Gets Us Nowhere, but I will tell you this:

Our house smelled worse than ever.

And what did I learn?

I had done the same thing Gary did. I almost burned our house down.

I had teased him and shamed him a bit for what he had done, and now I had done the exact same thing.

We do this same thing all too often—we judge, blame, and fault find, but we make the same mistakes others make or do the same things we complain about them doing.

Rather than seeing ourselves clearly, we MAGNIFY and emphasize the failures and shortcomings of others but minimize our own.

And sometimes, we get downright nasty with each other.

Think about it. How many times have you been trying to get your point across with a neighbor, a coworker, the server who messed up your dinner order, the customer service rep on the phone, the combative person on Facebook…?

Or maybe you’re always kind to the people outside of your home, but it’s a slippery slope with the people you live with and are supposed to love the most?

Accusation is just one of the strategies Satan uses in an effort to create division. Just as Adam tried to blame Eve for their failure, Satan is accusing us day and night about what the Bible says. A stream of accusatory thoughts try to bombard all of our minds. And if he can’t get us to receive his condemnation, he’ll try to get us to condemn others.

Just as he tried to divide heaven, the enemy seeks to divide the house of God and divide marriages and families. Satan knows a house divided cannot stand. That’s why unity in marriage, business, ministry, and family, coupled with submission to the spiritual authority that God has sanctioned, is crucial to resist the enemy’s attacks and win in life.

Nobody is perfect. Sometimes, people say or do things in pressure-filled moments that are regrettable, or circumstances cause people to make mistakes. You make mistakes, too, so respond to others with the same grace you would like them to extend to you. Forgive quickly and laugh often.

It’s always easier to blame someone else instead of looking at ourselves. Taking personal responsibility for our own contribution to the problem requires humility, but it’s the key to resolution.

What if we worked on our own issues? Romans 2:3 (NIV) says, “So when you, a mere human being, pass judgment on them and yet do the same things, do you think you will escape God’s judgment?”

The bottom line is that being nasty gets you nowhere.

And nasty isn’t going to get us anywhere as leaders and believers right now in our nation and in this culture.

What will get us somewhere?

What will change things?

Is there ever a time you should be nasty?

For us to see real change in our world, we must heal our fractures and unite as women and men succeeding together for the Kingdom of God.

We can probably agree that there is room for change in how women and men work together to breach the divide between us. To get nasty with each other only puts us in the enemy’s camp and separates us from God, just as it did in the Garden. It’s a different era but the same operation.

Instead of the body of Christ learning to work together as men and women, we keep fighting and falling for divisive, nasty, self-serving attitudes. Why are we allowing the world’s system, which is dominated by self-ambition and dissension, to infiltrate our faith camp to discredit the Gospel and pit us against one another?

Nasty rebellion hasn’t gotten the world anywhere—and it won’t get the faith community any further.

We live in a time of great treachery and deceit with people loving themselves more than they love God, placing greater value on themselves than they do His ways. It’s time to truthfully confront evil; at the same time, we need to show mercy to those caught in sinful behavior.

To survive, the pendulum must swing back to truth and the values of respect, loyalty, honor, kindness, and teamwork. We can make that happen through prayer and personal change.

We are living in the hour in which God desires to pour out His Spirit on all the earth, through His sons and daughters, but it won’t happen unless women and men under His voice are unified for one purpose.

We can’t fulfill our God-ordained destinies without working together, and we must start in our marriages and families or we will never be able to impact our nation.

There is neither Jew nor Gentile, neither slave nor free, nor is there male and female, for you are all one in Christ Jesus.

Friend, people are flawed and imperfect, but treating each other with nastiness is never the answer.

I know it’s been really easy, with everything going on in the world, to get caught up in emotions and to magnify[1]  and emphasize the failures and shortcomings of others. It seems that in the last decade, women and men have especially learned to treat each other with contempt. I must say that we females have learned to fight dirty.

But nasty has gotten us nowhere. It’s only resulted in even more stress, confusion, and brokenness. We have to stop being nasty before we destroy everything, including each other and civilization.

We can succeed together… and much of our happiness depends on it. Working together won’t always be easy, but I believe with the grace of God backing you, it is possible!

This article was extracted from issue 2 of Thrive Today! Magazine (Summer 2021). Learn how to get your copy of Thrive Magazine by visiting us here.