Leading with a Limp 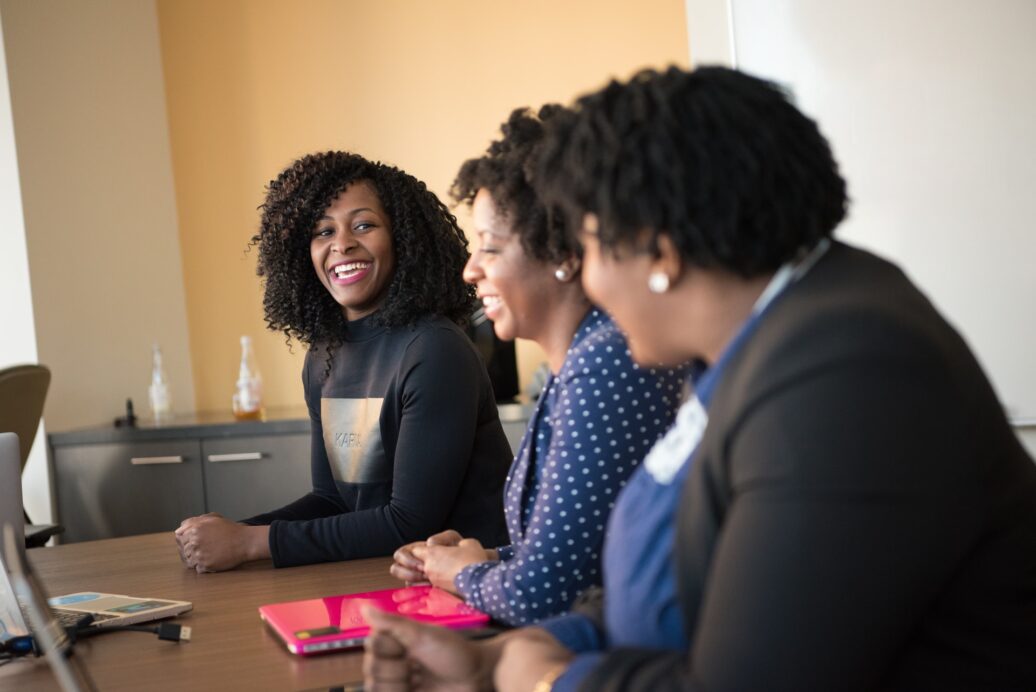 How our struggles can be turned into strengths by Lori Champion

“You are the most gifted person who has ever worked for me – you’re organized, resourceful, creative, hardworking, and you always stay two steps ahead of me, which is hard to do! But (sigh) you’ve just got to get out of your own way! You’re difficult, emotional, and frankly, DRAMATIC in your interactions with the rest of our team. You’re the common denominator (or, I should’ve said, ‘dramamenator’)”.

It was a light-bulb moment for my team member, and also for me, as I could barely believe I was saying it; and, on top of that, it was being so well-received! I’d put off this “confrontation” until it’d bubbled up to the surface on a ministry trip, at dinner one night. We both left the Cheesecake Factory with such high hopes!

As a fifth-generation pastor, I’ve been in ministry all of my life. I’m so well-acquainted with miraculous transformations that, even as a pragmatist, I can see limitless potential in people—but only if they’re willing, teachable and yielded to God.

The story of Jacob’s life-changing and name-changing encounter with God in Genesis 32 is a beautiful yet brutal story of God’s transforming power. Jacob, the son of Isaac and the twin of Esau, who’d hustled his way into blessings of birthright and of wives, found himself alone with God on his way to a new start in his old hometown, where he would soon come face to face with all he left, including his brother, who had sought his life.

But God never wants us to return the same way we left.

Jacob finds himself alone, wrestling with God—literally. They wrestle all night until the morning, and God touches Jacob’s hip to get him to give up. But Jacob doesn’t give up. Jacob won’t let God leave him until he blesses him. God blesses him, and gives him a new name, but doesn’t leave him without a scar to tell the story.

In verse 30, we see what Jacob is left with after his encounter with God:

““So Jacob called the name of the place Peniel: ‘For I have seen God face to face, and my life is preserved.” Just as he crossed over Penuel the sun rose on him, and he limped on his hip.’”

Two defining, life-changing things happen to Jacob in this story: He is injured, but he is also blessed! Just as Jacob’s muscle shrank from that encounter, we sometimes have experiences that limit and enlarge us at the same time! Jacob has a face to face with God, and he doesn’t leave walking and leaping and praising God. He leaves with a limp. In fact, when his brother Esau comes to meet him, (surprisingly, to reconcile rather than to kill him) he has to tell Esau, “Go on ahead of me, because I can’t keep up with you.”

In the Bible, many people have face-to-face encounters with God – intimate, glorious exchanges; but Jacob’s face-to-face with God isn’t a kiss— it’s a fight! Some of us have had confrontations that have left us licking our wounds. Yet, while broken, we were blessed. Our capacity was enlarged and our perspective became clearer. No longer blinded by what limited us, we could then take new territory.

There are some self-inflicted limps, acquired by tripping over our own selves, our attitudes, or our drama. Sometimes, we blame God (testing us) or the Devil (attacking us) for the things we are unwilling to change to become an overcomer. In my book Woman Up, I talk about the “feelings ceiling.” Many women think that they are hitting a “glass ceiling” in their organizations, when actually, sometimes, their emotions are keeping them from promotions. God has wired women with empathy, which is meant to strengthen our homes and workplaces. However, emotions out of control cause people we interact with to walk on eggshells around us, or to not know which version of us will show up. In other words, women are multifaceted beings who are beautifully complex, but who should not be complicated.

When I had that conversation with my friend at dinner, I had all the hope in the world that her limp could be fixed. I was committed to walking beside her and holding her up until she could run on her own two, healed, feet. But that’s not what happened, because old habits die hard, and healing isn’t easy. It takes long looks in the mirror. It takes honest, invited, eyes-wide-open conversations, and it takes the willingness to train yourself, even die to yourself, to become the leader God has called you to be—a leader without self-inflicted limitations.

But I want to help you today with limps that aren’t self-inflicted. A conversation won’t make them disappear. There are limps we have to live with: they happened to us, in a fight we didn’t start. Whether you work in the marketplace, in the home, or in vocational ministry, here are some “limps” many of us have been afflicted by: lack of resources, difficult relationships, toxic environments, past wounds, rejections and loss. And let’s not forget: we all have the limp of 2020, a year that brought racial and political division, loss of loved ones and, for many, emotional, physical and financial unhealth!

I’m acquainted with a limp or two. While seven months pregnant with my first child, at 23 years of age, I was diagnosed with cancer. Before I knew it, I was being induced into labor so treatment could start. I was very sick for a year and would stay up at night asking God to allow me to see my child grow up. That limp taught me to cherish life, to praise God in adversity, and to trust Him as Provider. It strengthened my marriage and taught me the power of friends who will pray for you when you don’t have the faith to pray for yourself.

I wouldn’t wish that experience on my worst enemy, but I wouldn’t trade it, either. Neither would I trade the other limps…the limp of losing my dad, who died while preaching on a Sunday morning at 45 years old, while his wife and three kids (19, 14 and 12) sat on the front row. Many would have blamed God; but, as Solomon said, “My father had it in his heart to build a house for God.”Today, all three of us kids are following in our father’s footsteps, building the House of God, senior pastoring great churches.

Anyone can lead when everything is great. But great leaders are developed in difficult seasons.

So, how do you LEAD with a limp? How do you carry on with your new “walk” while remaining the strong leader, strategist, and visionary that God has created you to be?

Don’t let your limp hold you back!

No matter your story, your background, your family history, or your “limp,” you have greatness on the inside of you. However, I see so many people who let their limp disqualify them from their God-destined future. Don’t let that be said of you. You have to commit to staying the path, even with the pain of the past.

Jacob kept moving. He may have been slower, he may not have been in his “prime” anymore, he may  have felt the pain of his limp with every step, but he didn’t give up.

Jesus, when going to the cross, “set his face like flint.” He didn’t allow anything to shift His course. He knew the vision and was confident to walk it out in the middle of the pain. Don’t let a little limp hold you back from the vision that God has set before you!

Your limp makes you lean on God and lift up others.

“And lest I should be exalted above measure by the abundance of the revelations, a thorn in the flesh was given to me, a messenger of Satan to buffet me, lest I be exalted above measure. Concerning this thing I pleaded with the Lord three times that it might depart from me. And He said to me, ‘My grace is sufficient for you, for My strength is made perfect in weakness.’”

Paul did his job with a thorn— a thorn that wouldn’t leave him, a thorn that continually aggravated him and kept him in a place of feeling weak (you might have a coworker who is a “thorn,” if you know what I mean). But thorns, or limps, keep us humble. They make us rely on God, and they make us have compassion on people.

Over the years of ministry, my greatest joy is to use the limps of my life to help others. Our lives should be a picture that makes people say, “If she can…. (survive cancer, survive loss, overcome fear…fill in the blank), so can I!”

Your suffering is meant to become someone else’s survival guide.

People won’t notice your limp, but they will watch your walk!

We just celebrated an incredible milestone in our lives as leaders: 20 years of pastoring the church that we founded and love, Celebration Church. In the midst of the 2020 pandemic, we safely held services to honor and thank God for all He has done in the past 20 years. Thousands of people came, wore their masks, and hand-sanitized; but more importantly, they shared their stories of how Celebration Church has changed their lives. It was truly one of the most special experiences of my life.

However, the thing that kept being said to us was not, “Thanks for the cool videos you play, the great website you have, the awesome buildings that you’ve built, the staff rock-stars or even the excellence in your worship experience.” One after another, people said, “Thank you for your integrity and consistency”.

In that moment, I realized that people didn’t focus on the limps we have had over the past 20 years. And trust me, we had some limps along the way. What they did notice was how we walked with our limp.

Before Jacob had a limp, he made hasty decisions— and made them independently. I think, in some ways, a limp brings more consistency. Limps are often caused by erratic movement. It is almost impossible to be erratic once you have a limp. A limp causes a slower, more thoughtful, methodical, purposeful, and more consistent gait.

When building from the ground up, slower, more thoughtful, and more methodical does not mean less, it means that you choose better, you keep what you take, and there is joy in the journey.

At the end of Jacob’s life, we see this beautiful verse: Hebrews 11:21 says,

“By faith Jacob, when he was dying, blessed each of Joseph’s sons, and worshiped as he leaned on the top of his staff.”

Jacob’s limp carried with him until the end of his life, but his mission never changed. He kept worshiping, kept leading, and kept enduring until the end.

People don’t remember Jacob for his limp, but for his legacy.

Keep leading with your limp: there is a great legacy on the other side of it!