How Could This Happen to Me 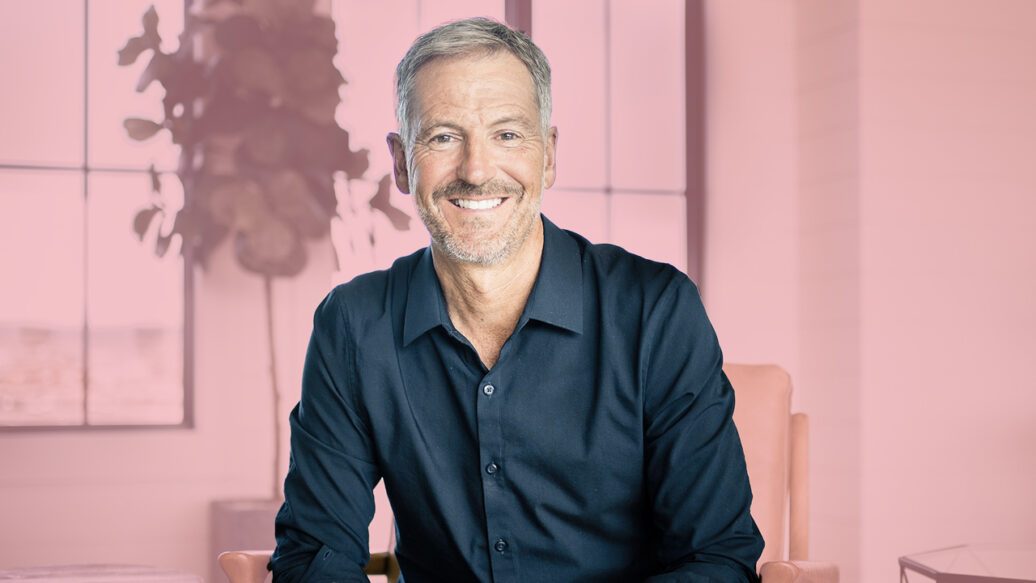 A Lesson In Handling Pain by John Bevere

How could this happen to me? We’ve all asked this question at one time or another. When life throws us a curveball and things don’t look the way they’re supposed to, we’re often left feeling helpless and confused. Whether it’s a betrayal, the loss of a job, a divorce, or a global pandemic—unforeseen circumstances have a way of blindsiding us.

In these moments, not only do we question how this could happen to us; we also question why God will even allow something like this to happen to us. With queries such as these, your heart can become vulnerable to offense—especially toward God. After all, if He is in control, could he not have prevented these things from happening?

Let’s consider the life of Joseph.

Joseph, Jacob’s eleventh son, was favored by his father above all his brothers. As a result, he was despised by them. As a young man, God gave Joseph two specific dreams that spoke about his future. In the first, he saw bound sheaves in a field. His sheaf arose and stood upright while his brothers’ sheaves bowed down to it. In the second dream, he saw the sun, the moon, and eleven stars (representing his father, mother, and brothers) bowing to him.

When he shared these dreams with his brothers, it was no surprise that they did not share in his enthusiasm. (That was a bad move!) Shortly afterward, his ten older brothers went to feed their father’s flocks in the field. Curious about the state of his flocks, Jacob sent Joseph to see how they were doing and to bring back a report. But when Joseph’s older brothers saw him coming, they conspired against him.

“Here comes that dreamer,” they mocked. “Let’s kill him! Then we’ll see what will become of his dreams. He says he’s going to be a leader over us. Try leading when you’re dead!”

As Joseph drew near, they seized him and threw him into a pit. To cover up the crime scene, they took his coat, tore it, and stained it with animal blood to convince their father he’d been devoured by a wild beast. But luckily for Joseph, a company of Ishmaelites were passing by on their way to Egypt. Recognizing an opportunity for profit, Judah suggested selling Joseph as a slave rather than leaving him for dead. All the brothers agreed, and Joseph was sold for twenty shekels of silver.

Keep in mind that these were his brothers who did this—his own flesh and blood. In our Western culture, it’s hard for us to fully grasp the severity of what took place. Only killing him would have been worse. In biblical times, it was very important to have sons. A man’s sons carried his name and inherited all he had. In selling Joseph as a slave, his brothers were basically ensuring that he would never receive his father’s name and inheritance. When a person was sold as a slave to another country, he remained a slave until he died. The woman he married would be a slave, and all his children would be slaves, too. It’s one thing to be born a slave; it’s indescribably worse to be born an heir of wealth with a great future only to have that all stripped away from you. It would have been easier for Joseph to have been killed than to become a slave.

When he arrived in Egypt, Joseph was sold to a man named Potiphar, an officer of Pharaoh and captain of the guard, whom he served for about ten years. As time moved on, Joseph found favor with his master and Potiphar set him over his household and possessions. But while things were beginning to look up for Joseph, something very wrong was brewing in the wife of his master, who had set her heart on him.

Every day she would attempt to sleep with him, constantly trying to seduce him. Yet Joseph refused. One day while she was alone with him in the house, she cornered him and insisted he lie with her. Again, Joseph refused, running as far away from her as possible, leaving his robe in her clutched hand. Scorned and ashamed, she screamed, “Rape!” That day, Potiphar had Joseph thrown in prison.

Once again, matters would become worse. Pharoah’s prison was nothing like our prisons in America—which would be considered country clubs in comparison to what Joseph experienced. Not only were conditions dehumanizing, but as a foreign slave accused of rape, he had little or no hope of release. In Joseph’s mind, I’m sure he accepted the fact that prison could very well be his final resting place.

Now take a moment and consider the thoughts he must have wrestled with: How did I get here? What have I done to deserve this? I served my master with honesty and with integrity for over ten years. I’m more faithful than his wife. I stayed loyal to God and my master, even fleeing sexual immorality. How could God allow this? It seems that the more I try to do what is right, the worse it gets! How come my brothers can get away with what they did to me? Why am I the one who has to suffer for what they did to me? My brothers are the ones who should be in this prison!

For Joseph, the bottom line was his brothers. Ultimately, they were the ones responsible for all his misfortune. Not only was Joseph in a physical prison, but he also had to avoid being confined to an emotional one—bound by offense, anger, and the desire for revenge!

The list is endless. It’s easy to blame everyone else for the problems you have and imagine how much better off you would be if it had not been for all those who had mistreated you. And on a deeper level, when we face the fact that God could have prevented our whole mess—and didn’t—we often blame Him.

But here’s what I want to emphasize: Absolutely no man, woman, child, or devil can ever get you out of the will of God! No one but God holds your destiny. If you lay hold of this truth, it will set you free.

The only person who can get you out of the will of God is you! If you stay free from offense you will remain in God’s will. If you become offended, you will eventually be taken captive by the enemy to fulfill his own purpose and will (2 Tim. 2:26). So take your pick! It is much more beneficial to stay free from offense.

When you feel in-over-your-head, keep these words from Paul at the forefront of your mind:

No temptation has overtaken you except such as is common to man; but God is faithful, who will not allow you to be tempted beyond what you are able, but with the temptation will also make the way of escape, that you may be able to bear it. (1 Cor. 10:13)

Notice Paul wrote “the way of escape” and not “a way of escape.” God has already seen every adverse circumstance you will encounter—no matter how great or small—and He has the way planned for you to escape it. And, what’s even more thrilling, is that often the thing that looks like an abortion of God’s plan actually ends up being the road to its fulfillment . . . if we stay in obedience and free from offense.

Let’s return to Joseph. Prison was both a time of testing and a time of opportunity for him. The test came when Pharoah’s servants were in prison and both had vivid and disturbing dreams. Joseph interpreted both of their dreams with amazing accuracy. One servant would be restored while the other would be executed. If Joseph had harbored an offense, he would not have interpreted their dreams. I’m sure his refusal would’ve gone something like this: “You have dreams? I once had dreams, too. Leave me alone and stop dreaming!” But that was not the case.

Two years went by, and an opportunity arose. Pharoah also had a disturbing dream and he needed help understanding it. The servant who was restored remembered Joseph and mentioned him to Pharoah. When Joseph was brought to Pharoah and had heard his dream, he then provided the interpretation and a strategy to be implemented along with it. In that one moment, Joseph was promoted from prison to the palace, becoming second in command to Pharoah. In what seemed like an impossible situation, Josephs dreams were being fulfilled . . . just not the way he expected.

Later, when Joseph’s brothers came to Egypt seeking aid because of the famine, he treated them kindly and gave them grain, free of charge. He also gave them the best land of Egypt for their families and livestock. Joseph ended up blessing those who had cursed him and doing good to those who hated him (see Matt. 5:44). Once again, this is evidence that Joseph kept his heart free from offense.

In summation, Joseph said to his brothers, “But now, do not, therefore, be grieved or angry with yourselves because you sold me here; for God sent me before you to preserve life. For these two years, the famine has been in the land, and there are still five years in which there will be neither plowing nor harvesting. And God sent me before you to preserve a posterity for you in the earth, and to save your lives by a great deliverance. So now it was not you who sent me here, but God” (Gen. 45:5—8).

Joseph was in God’s will all along. God’s plan for him was much bigger than he could fathom. I imagine it never crossed his mind until it was all over that everything he went through was God’s process to prepare him to rule. Often in these painful periods, we focus on the impossibility of our circumstances instead of the greatness of God. So regardless of what you’re going through or where you presently find yourself—like Joseph, choose to trust God even when you can’t trace Him. Nothing you’re going through has taken God by surprise. He sees you, and He still has a plan.

Remember: often the thing that looks like an abortion of God’s plan actually ends up being the road to its fulfillment . . . if we stay in obedience and free from offense.

This article was extracted from issue 2 of Thrive Today! Magazine (Summer 2021). Learn how to get your copy of Thrive Magazine by visiting us here.